Like Polonnaruwa, the ancient city of Sigiriya has made it onto the list of UNESCO World Heritage sites. Herein lie the supposed ancient ruins of a capital founded during the reign of King Kassapa I, who came to power through murdering his father. Fearing the wrath of his brother, King Kassapa built his capital high up on a magnificent piece of red gneiss that towers at a height of 180m, also known as Lion’s Mountain.

The fortified palace is located at the summit of the rock, and was reputed to be impregnable.  Unfortunately, it was not, and it was there that King Kassapa was defeated, and there that he died.

The magnificent and historically rich Lion’s Rock is  the main reason why most visitors stop by at Sigiriya.

Halfway up Lion’s Mountains are the Sigiriya Frescoes, an awe inspiring display of ancient art, and a celebration of beauty. Rock is turned into a rich tapestry above the clouds, depicting more than 500 beautiful and sinuous semi naked nymphs dressed in rich adornments and floating above the clouds. The beauty of the frescoes lead one to marvel in awe at the refinement of ancient art. Sadly, some of these frescoes, however, have since been lost to the elements. 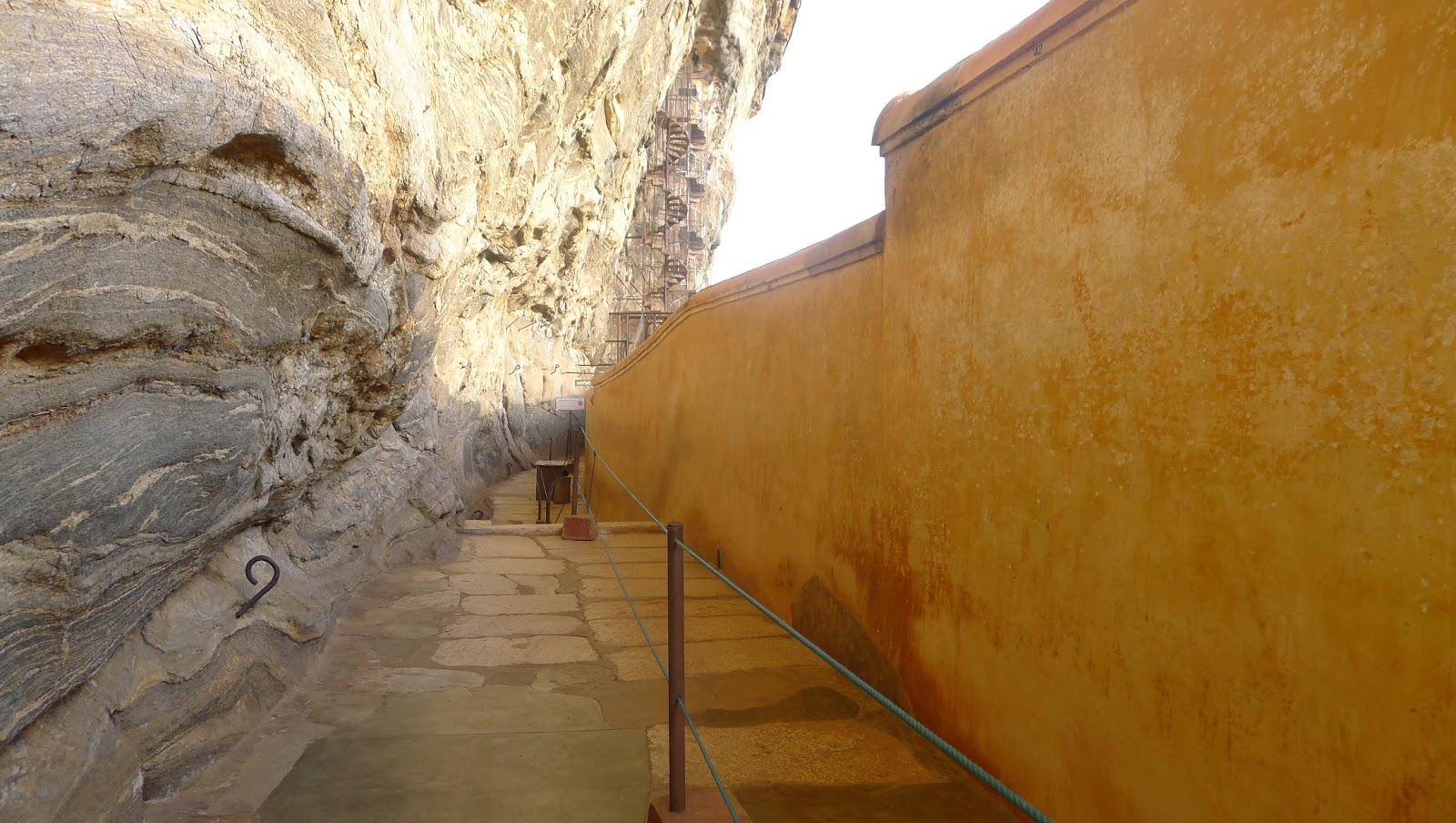 Now stained with hues of orange, mirror wall used to be a highly polished white wall that allowed the King to see himself as he walked alongside it. Ancient scribbles have also been found aplenty, and they are now known as the Sigiriya graffiti. 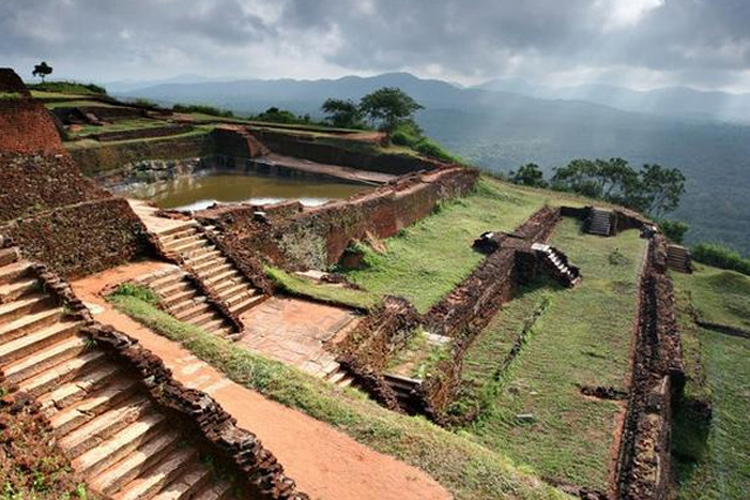 The Sigiriya Gardens is one of the oldest gardens in the world, and dates back all the way to about 480. There are 3 parts to the Sigiriya Gardens: the water garden, the cave and boulder gardens, as well as the terraced gardens. The water garden holds water pavilions, cisterns and water courses. The boulder garden shapes itself around natural boulders with decorative pavilions, and even a throne carved into one of them. The terrace gardens are carved out of a natural hill, and are made up of concentric circles that rise out of each other. Besides their beauty, the gardens also provide insights into the early days of agricultural practices. According to folktales, when King Kassapa relocated the monks on Lion’s Mountain, he moved them to Pidurangala Rock. Often overlooked by visitors in favour of Sigiriya, Pidurangala Rock offers a different experience, that of tranquility, peace, and a feeling of being completely alone. The summit is expansive and bare and offers a great view of the surroundings. The summit is also a great vantage point from which to admire the Sigiriya Rock from a distance.