Nuwara Eliya is located in Sri Lanka’s hill country, about 3 hours drive from to the east of Colombo. The city is located about 6000 feet above sea level, and enjoys a cool temperate climate. Rolling hills, gorgeous views and comfortably cool weather are all part of the attractions of Nuwara Eliya.

Nuwara Eliya used to be called Little England, having been founded by the British in the 19th century, and it was seen as a hill country retreat for the British. Now the colonial era is past, but the buildings retain the same brand of colonial charm and architecture of years gone by.

Here’s some of the most charming of Nuwara Eliya’s attractions:

Did you know that Sri Lanka is the world’s 4th largest tea producing country? When in the heart of Sri Lanka’s tea producing region, it is certainly a must to visit the tea plantations there.

There are a number of them within the Nuwara Eliya region, including the Bluefields Tea Gardens, Mackwoods Tea Estate, and the famous Pedro Tea Estate. Visitors can go on a guided tour to learn about the rich history of tea making, taste Sri Lanka’s most famous export for themselves and then go wandering in the sea of verdant green which are the tea plantations. The beauty of these lush green valleys will blow you away.

Besides tea plantations,  waterfalls rank high up on the must-sees when in Nuwara Eliya. High altitudes and plenty of rainfall in the region make for absolutely spectacular waterfalls . The Lover’s Leap waterfall cascades down a giant rock from a  height of 99 feet.

This stunning waterfall carries with it a sad tale. Legend goes that a prince was out hunting when he met a beautiful woman and the pair fell very much in love. However, the King and Queen were dead set against the pair being together, and the heartbroken prince and his lover saw no way out except to throw themselves off the waterfall together.

Besides Lover’s Leap, there are other waterfalls in Nuwara Eliya such as St Claire’s Waterfall, Devon Falls, and the Aberdeen Falls. The Victoria Park was so named in honour of Queen Victoria, on the occasion of her 60th Diamond Jubilee in 1897. The park measures 27 acres, and is one of the most beautiful and well maintained parks in the country. It is a famous place to do bird watching, as there are a number of hill country bird species that live here, including the Grey Tit, Kashmir flycatcher, and the Indian Pitta.

The gardens are also perfumed with colorful blooms as well as many varieties of other plants. A lovely park to visit and have a picnic when in the Nuwara Eliya region. 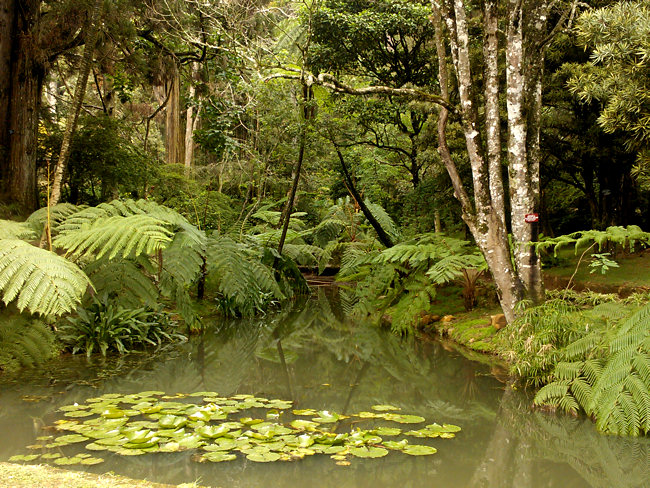 The Hakgala Gardens were established in 1861 for the experimental cultivation of Cinchona, and in 1884, was replaced as a botanical gardens. Many beautiful flowers can be found here, and they are a captivating sight when in bloom. The gardens enjoys a cool temperate climate, making it very enjoyable to walk around in.  The gigantic Hakgala Rock (meaning Elephant’s Jaw Rock) lies within the gardens and towers at a staggering height of 2200m.

1km away from the Hakgala Gardens is the Seetha Aman Temple located in the Sita Eliya Village, where folk myth believes that the beautiful Sita was held captive by the demon king. The temple was where Sita would pray for Rama to come and rescue her.

A beautiful bird watching paradise within the limits of Nuwara Eliya, the Galway’s Land Bird Sanctuary officially became a national park in 2006.Harboring about 20 rare migrant bird species and 30 native species of birds, it is one of the 2 most important bird conservation areas in Sri Lanka, the other being Victoria Park.